A land of water, snow, and forests of white pine and spruce, Abitibi opened its arms to men who came from afar to find precious metals. They travelled the rivers, dug into the ground and harvested forests. They built churches, houses, and roads. They also erected bridges, of which three still stand the test of time.

Built in 1954, the Pont des Chutes, 63.7 m long, is the second largest covered bridge in Abitibi. Known for its beautiful arched porticos, it allowed vehicles to get across Laflamme River for many decades. Now closed to all vehicular traffic, the bridge stands guard at the entrance to hiking trails leading to beautiful waterfalls.

The Alphonse-Normandin covered bridge, built in 1946 in Saint-Dominique-du-Rosaire, was named after the father of the first family that moved to this part of the country in 1924.

Émery Sicard operated a sawmill in St-Maurice-de-Dalquier; he prepared the lumber used in the construction of the bridge that bears his name. It is the only covered bridge in Quebec that has a wooden deck. Of all covered bridges in Abitibi-Témiscamingue, the Pont Émery-Sicard is the one with the highest heritage rating.

Visitors easily have access to interpretative panels and artefacts that tell the story of these places. Because Abitibi-Témiscamingue is a young region, its population still remembers the men and women who contributed to its development. The story of these people is revealed so as to ensure that this segment of our history is never forgotten. These sites are dedicated to the builders of our region; soon they will be among your favorite spots for picnics with family, your loved one or friends. 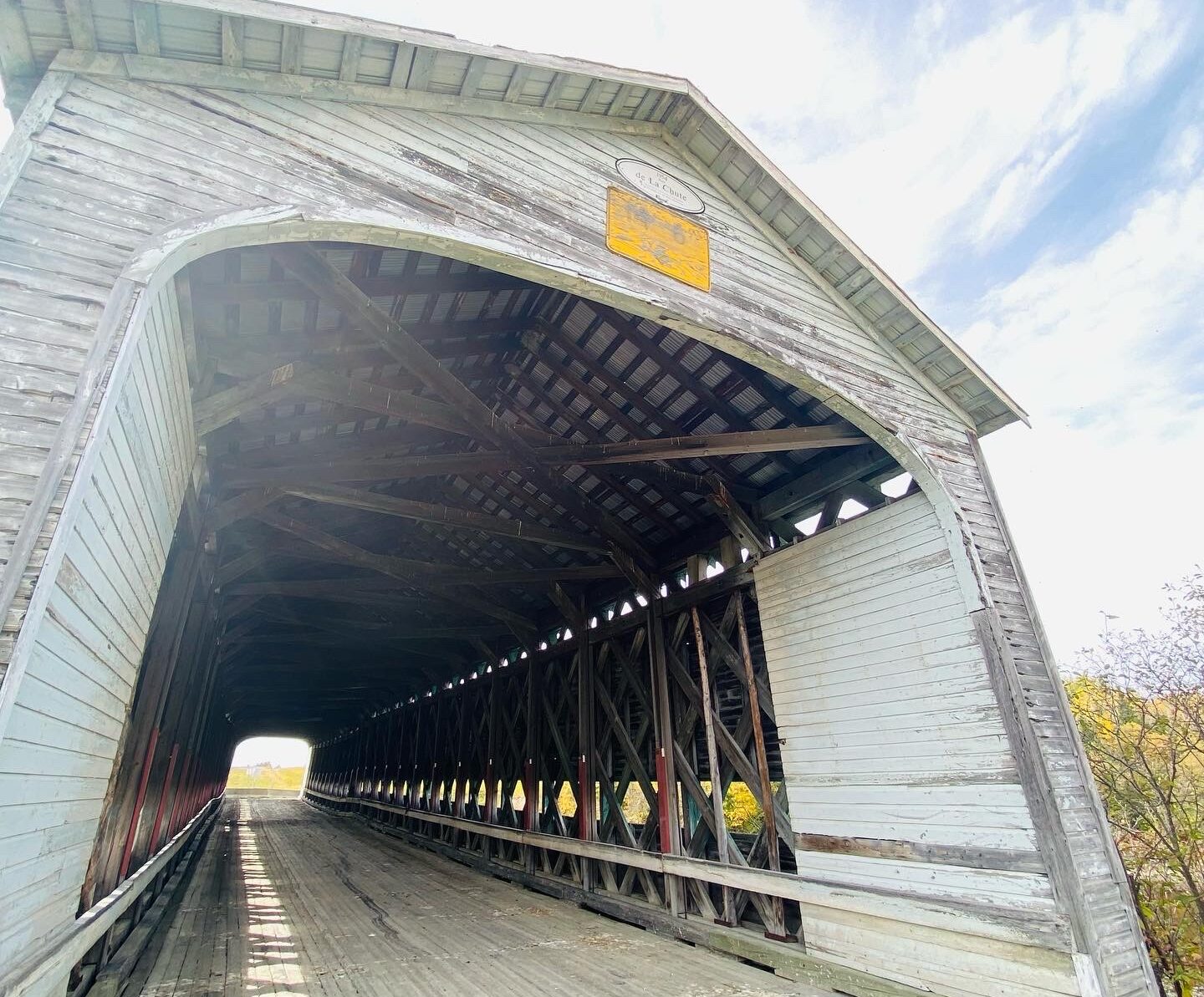 Discover three covered bridgesdedicated to the builders of our region; soon they will be among your favorite spots for picnics with family, your loved one or friends.

These banners, vivid and colorful, will be posted in front of the Centre d’exposition d’Amos.

The circuit of artistic fountains is a very pleasant way to discover sixteen communities of the vast Amos-Harricana region.

A sculpture comes alive in a ballet of light and takes you back in time, to the formation of lac Beauchamp, an awesome legacy of retreating glaciers. Renew with this splendid setting but precious and fragile natural resource of exceptionally clear water.

Explore the depths of the municipal well through a unique immersive experience. A striking choreography of sound and light invites you to follow the course of the underground river that runs through the esker, where water is of exceptional quality.

Come visit the lair of the man who spoke with wolves. Discover species that are characteristic of the Abitibi region while listening to animal songs, sounds and calls. Learn about your role in maintaining the fragile balance between humans and nature.

Under the tee-pee, discover the faces of the community of Pikogan who bring to life this site. Join the circle and listen to the reflections of the people who walked on the water.

A selection of some thirty quotes engraved on aluminum plates will adorn the façade of businesses in downtown Amos.

Amidst the Harricana forest, some 6 km from St-Mathieu-d’Harricana, the trails of this beautiful site leads to a spring water source. 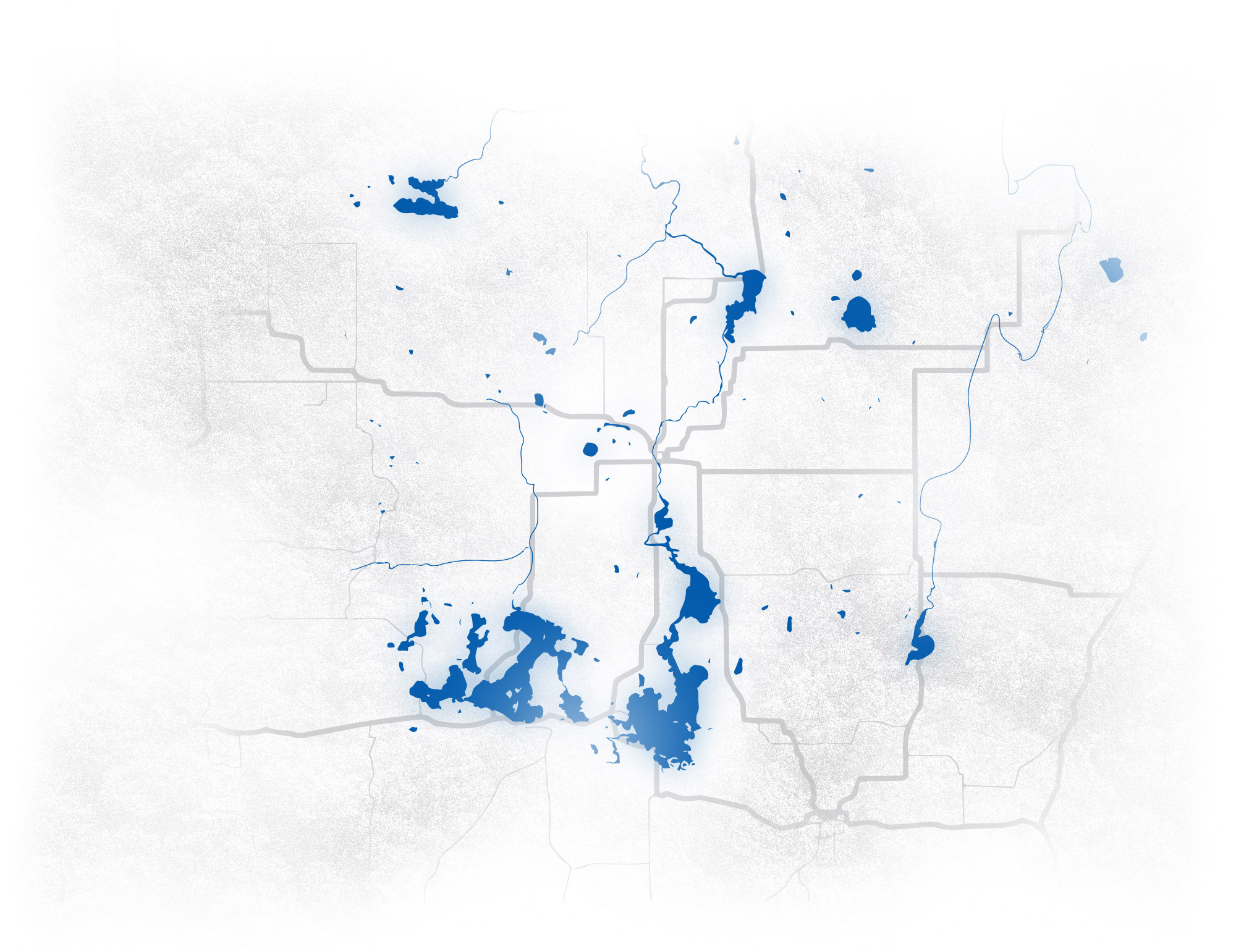